Drabbles of Art - Saturn Devouring his Son by Francisco Goya 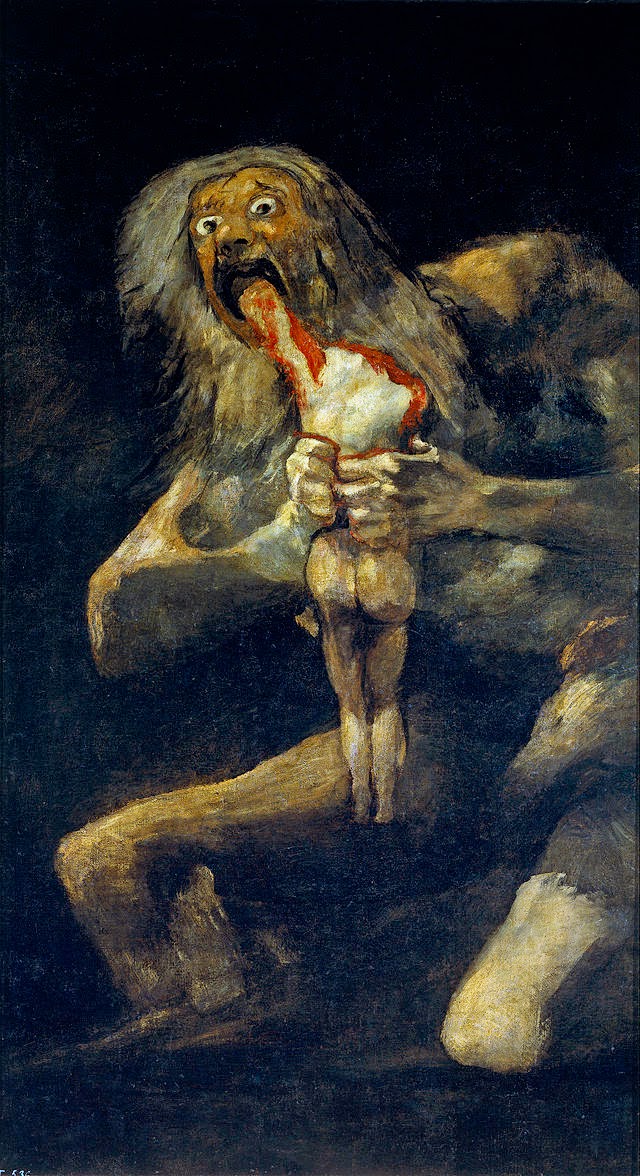 The Drabbles of Art series continues with Saturn Devouring his Son by Francisco Goya which is quite a gruesome image and therefore a great inspiration for a drabble!

It didn’t hurt like I’d expected. I knew it was coming of course – we all did. None of us would be allowed to grow into adults and wither in time. We existed only to satisfy our father’s hunger and allow him to live for a few years longer.

He took no interest in us until the feeding, but despite the neglect he cast a glamour so that we didn’t shriek as he consumed our flesh. Instead of pain I experienced only a confused wonder as I faded away with each bite. Not merely meat, but my spirit he consumed until…

Posted by Michael Brookes at 13:17