Rhoda D'Ettore joins me for this week's Guest Author Interview to discuss her writing and her latest release 'Newborn Nazi'. Discover more below: 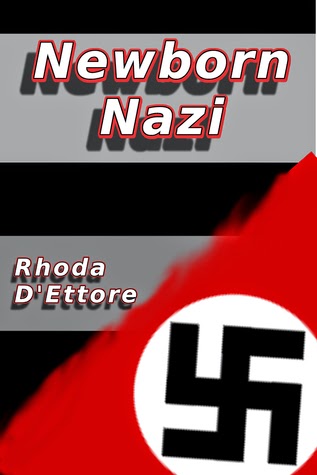 Please introduce yourself, who are you and what do you do?
Hi. I'm Rhoda D'Ettore, a Jersey Girl from the Philadelphia Metro area. I earned a degree in Human & Social Services, come from a large family, and volunteer for community service organizations to help children, Veterans, and animals.

What first inspired you to start writing?
I received a manuscript from a friend, Blood Chain by Jonathan Francesco, and was quite impressed. When I saw that he did the impossible task of writing a book, it inspired me and gave me the confidence to go for my dream.

Where do your best ideas come from?
Family. I have a large family with branches in Germany, Ireland, and Italy. Because of this I have an incredibly interested heritage. Some of my characters are based on the real people in my lives, which I think brings them to life.

Which author do you most admire and why?
David Baldacci. He is fast paced with strong characters. His ideas are new, and I am never disappointed.

What was the last book you read?
Vengeance is Mine by Leon Opio-- what a gory thriller that was! Loved the ending.

What makes your books stand out from the competition?
I want to shock people, and take the book in a different direction than they expect. For example, on one couple's wedding night, the scene is very romantic and you expect a love scene. Instead, a bayonet came through the husband's heart. The father of the woman had been off at war and did not know of the nuptials. He thought he was protecting his daughter.

What is your favourite song lyric?
Free Bird's lyrics. The song always reminds me of my late sister, and I miss her dearly.

What are you working on at the moment?
I am working on two projects. The second book of The McClusky Series, Liam's Longing. This is a family saga about Irish immigrants who come to Philadelphia for a better life and find suffering instead.

The other is entitled: Mob Kids: Growing up Philly Style- This explores the ramifications of children growing up with family who are mafia related. It discusses the violence and a way of life they thought was normal.

Tell us about your latest work and how we can find out more.
I just released Newborn Nazi which started as a Historical Fiction and soon became a suspense. Here's the blurb:

"This family is amazing! A Nazi spy. A future SS officer. A brother in America oblivious to everything. And a sister who would kill us all."

Germany, 1934 -- SS officers entered the house of Hedwig Schultz and ripped her 14 year old brother, Edmund, from her arms. He has been selected for an elite division of the Hitler Youth that will train him for indoctrination into the feared SS.

Horrified, Hedwig enlists the help of her brother in America to thwart Nazi plans regarding the Final Solution of the Jewish people. It becomes a cat and mouse game as the family enters a world of Nazi spies, double agents and the Underground movement. All the while, Hedwig must prevent their brother, Edmund, from becoming suspicious. One report of treason to his Hitler Youth instructors would result in death... or worse.

It can be purchased at Amazon, BN, Smashwords, and other retailers.

Click here to buy Newborn Nazi from Amazon US / Amazon UK
Posted by Michael Brookes at 13:31