I'll admit that while I'm sure I've watched this film before, I don't remember it and having watched it again I can see why I don't remember it. Don't get me wrong it's not a bad film, in fact its reasonably entertaining, but it's not a very memorable one and its far from Eastwood's best.

Clint effectively plays the role he does best, he's a calm and steady handed tracker (a slight variation from his usual bounty hunter), although it's a little at odds with the set up. He's supposed to be the town drunk, but apart from the opening cell with him waking up not remembering his last drunken excitement you wouldn't think that he's a drunk.

It doesn't matter too much once the film gets going as he slips into his usual role that we're all familiar with. The story concerns local land titles being usurped by big business and one of the locals takes the law into his own hands. Naturally the local tycoon responds in kind and hires Kidd to track the rebel down. Things then progress in a predictable manner and that's the film big problem, it does enough to keep you watching, but not enough to make it stand out in any way. 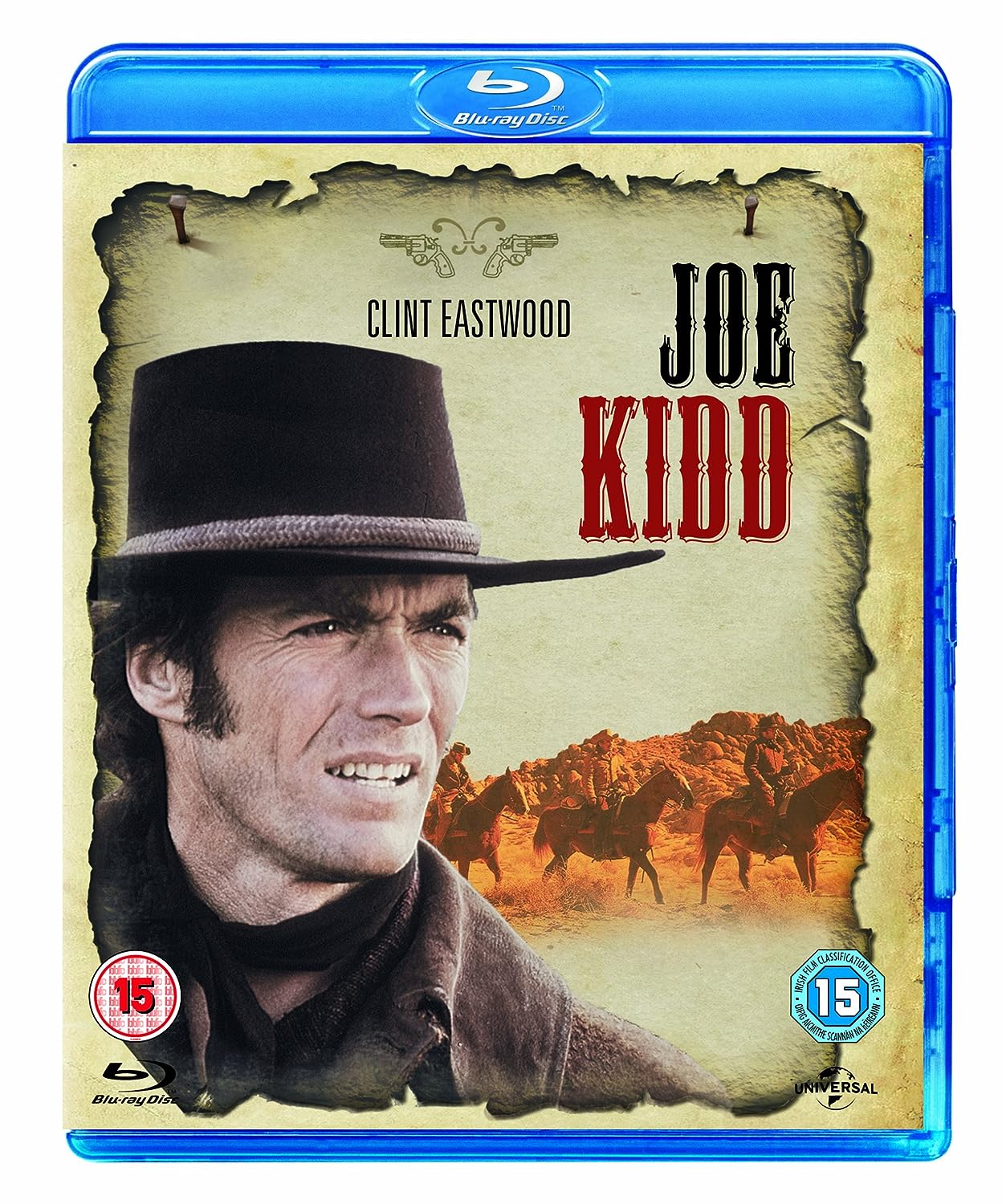 Click here to purchase Joe Kidd from Amazon (it's an entertaining watch)
Posted by Michael Brookes at 14:32