From the start I thought that someone had obviously watched Saw and decided that it wasn't mental enough, amusingly it turns out that this was written by the same people that did the later Saw films. That should be enough of a clue to determine that this is a very gory film and filled with the same devious and wince worthy traps.

The film is centered around a serial killer called the collector, he kills groups of people at a time but kidnaps one of them, but no-one knows why. The film opens in a night club where he has positioned some nasty traps that rack up the kill count quite rapidly. Amidst the chaos one of the previous victims escapes and another one taken.

A team of mercenaries has been hired to rescue the girl and the escapee has rather handily memorised the location he was taken to. There the trap theme continues. I have to say that this isn't a good film, however it is reasonably entertaining. Yes it's very silly, but it does have some nice ideas woven into the gore. I do prefer atmospheric horror, but I don't mind visceral horror and this does an ok job at that. 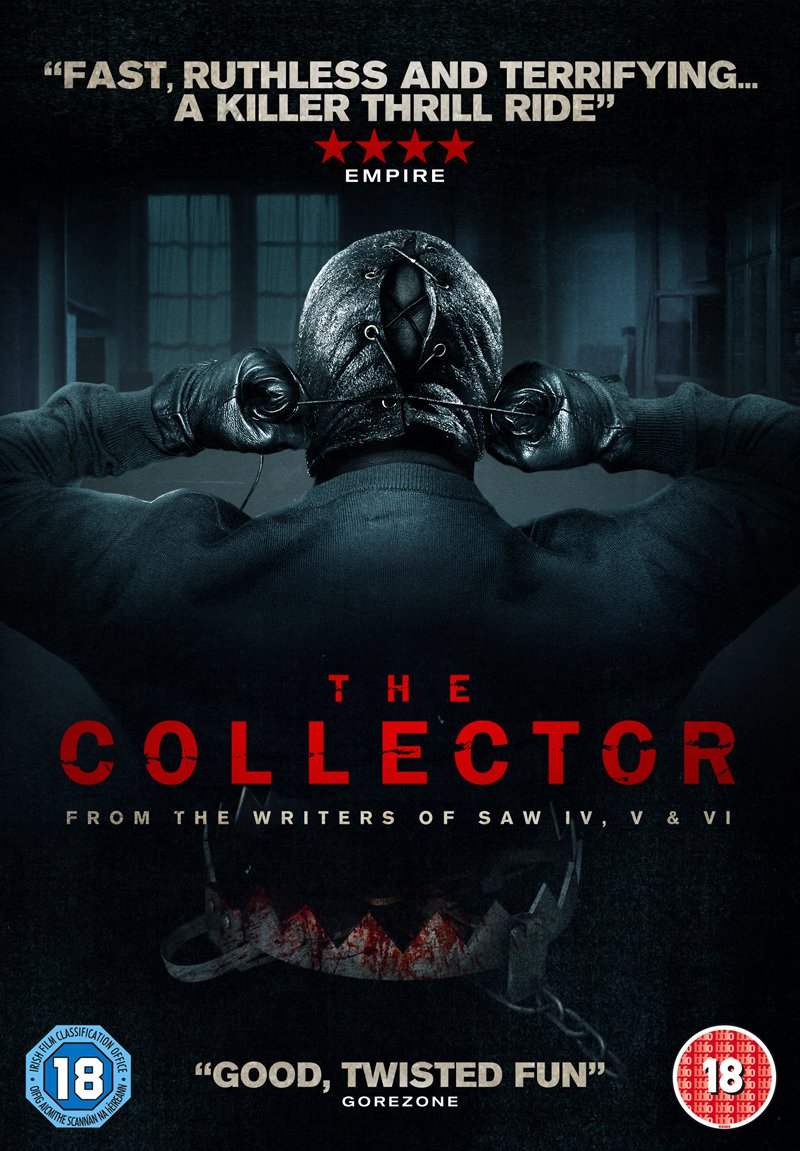 Another addition to the 'torture porn' horror genre penned by Patrick Melton and Marcus Dunstan, the writing team behind the 'Saw' horror franchise. Josh Stewart stars as Arkin, a down-on-his-luck handyman who, desperate to pay off a debt to his ex-wife, plans to rob the safe at the country mansion home of his employer, a famous jeweller. Unfortunately for him, the property has already been rigged with a series of lethal booby traps by a second criminal: the silent, masked serial killer known only as 'The Collector' (Juan Fernandez), who likes to keep his terror-stricken, eviscerated victims alive for as long as possible while he inflicts his ever more inventive forms of torture upon them.

Click here to purchase The Collector from Amazon (and its a fun, if gory watch)

Posted by Michael Brookes at 18:46