"Calling all trucks, this is the duck and we're about to go hunting bear." Another blast from the past in the quintessential trucking film 'Convoy'. I loved watching this as a youngster and it still appeals to me now. In fairness it's not really that good a film, but it is a lot of fun to watch and that will do for me :-)

If you haven't seen it then it tells the story of some independent truckers in the late 70's (it's based on a song of the same name), after running into a dirty cop they end up as fugitives trying to escape the state. Things keep escalating until a final dramatic showdown.

As I've said it's a fun film, it doesn't take itself too seriously and there's a fair amount of humour. Kriss Kristofferson plays 'Rubber Duck' , an independent trucker style very much in the western tradition. The film is full of chases, trucks and truck driving music (an even more depressing variant on country music if you're not familiar with it). A lot of the dialogue is over the radio, so full of the CB slang and chatter familar to those of us who went through the CB craze back in the 70's and 80's.

It shows it's age, but that doesn't matter because it is a film of its time. It's hugely entertaining and I enjoyed the nostalgia fix while I was at it. 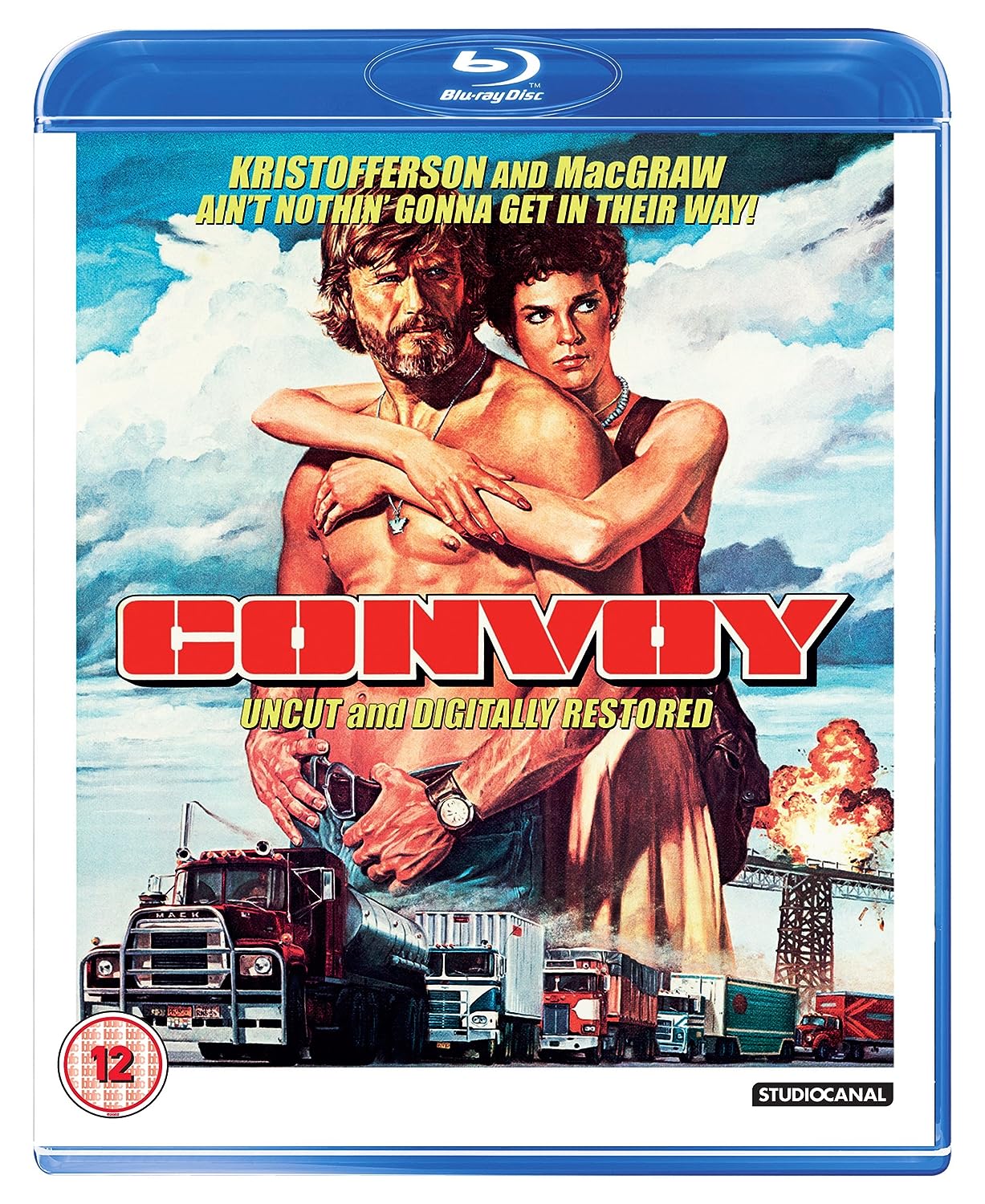 United Kingdom released, Blu-Ray/Region B DVD: LANGUAGES: English ( Dolby Digital 2.0 ), English ( Dolby Linear PCM ), WIDESCREEN (2.35:1), SPECIAL FEATURES: Featurette, Interactive Menu, Photo Gallery, Remastered, Scene Access, Trailer(s), Uncut, SYNOPSIS: While driving through the Arizona desert, Albuquerque based independent trucker Martin Penwald - who goes by the handle "Rubber Duck" - along with his fellow truckers "Pig Pen" and "Spider Mike", are entrapped by unscrupulous Sheriff Lyle "Cottonmouth" Wallace using a key tool of the trucker's trade, the citizens' band (CB) radio. Rubber Duck and Cottonmouth have a long, antagonistic history. When this encounter later escalates into a more physical one as Cottonmouth threatens Spider Mike, a man who just wants to get home to his pregnant wife, Rubber Duck and other the truckers involved, including Spider Mike, Pig Pen and "Widow Woman", go on the run, figuring the best thing to do being to head to New Mexico to avoid prosecution. Along for the ride is Melissa, a beautiful photographer who just wanted a ride to the airport. As news of what happened spreads over the CB airwaves, other truckers join their convoy as a show of support. Cottonmouth rallies other law enforcement officers throughout the southwest, they who soon learn that stopping Rubber Duck, the face of the now highly public standoff, is not as easy as shooting him and the truck due to his highly explosive cargo. As the standoff escalates, New Mexico Governor Jerry Haskins joins the fray, he who sees the strong public support for the truckers being something on which he can capitalize politically. ...Convoy (Blu-Ray)

Posted by Michael Brookes at 15:56