This is a very silly film, it's name should give you the clue to that fact. It's based on a simple yet ludicrous premise. A freak storm hits Los Angeles and drives thousands of sharks ahead of it, a super tornado forms and sucks the sharks into the air and threatens to rain them down on the city.

Did I say it was silly? Yes it is.

It is in fact a rubbish film, yet somehow it manages to be more than the sum of its parts. In fairness that's not hard, the parts are all terrible. The story is silly and doesn't make any sense. The acting is terrible. The CG effects are really cheap and tacky.

There is nothing good about this film, but from the first moment with the over the top sea captain and businessmen doing a deal I was entertained. It continued to entertaining for the next hour and a half, it of course stretches every ounce of credulity, sharks swimming in inches of water, killing sharks with a pool cue.

Quite simply it is fun. Silly but fun. Terrible and fun. 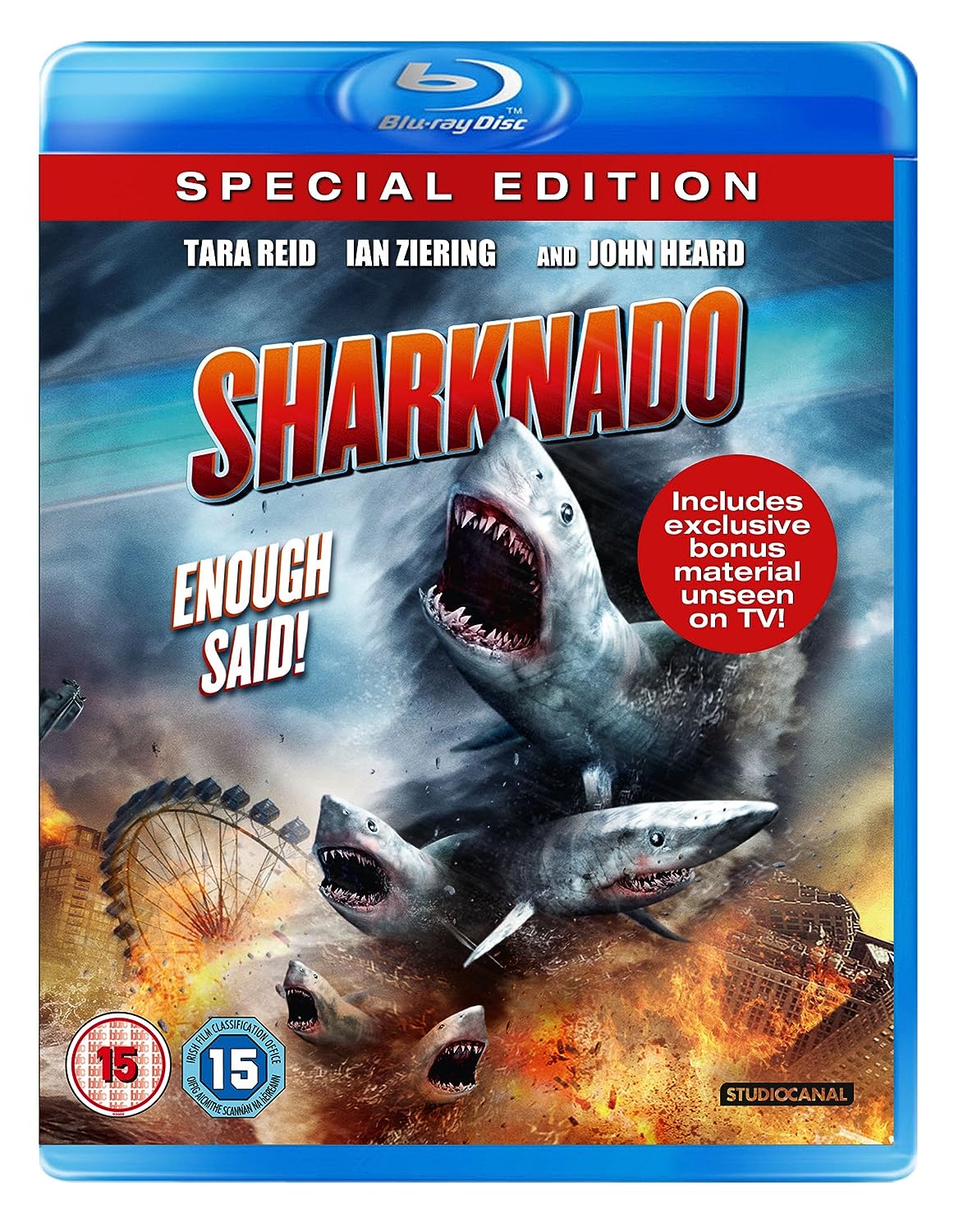 When a freak tornado swamps Los Angeles, thousands of man-eating sharks are sucked into the swirling vortex, terrorizing the waterlogged populace and flooding the city with shark-infested seawater. Surfer and bar-owner Fin (Ian Ziering, Beverley Hills, 90210) sets out with his friends Baz (Jaason Simmons, Baywatch) and Nova to rescue his estranged wife April (Tara Reid, American Pie) and teenage daughter Claudia from the sharks raining down from the skies. With nature's deadliest killer ruling sea, land, and air, they soon realise that the only way to survive the deadly shark-infested maelstrom is to tackle it head on. Their plan? Commandeer a helicopter and fly close enough to launch bombs directly into the tornado!

Sharknado is available from Amazon (and is strangely fun to watch!)