Deep Red is an Italian horror film from the mid seventies, it's considered a classic in the genre and with good reason. It tells the story of a pianist who becomes involved in the investigation of a murder committed by a masked killer.

In many ways the film shows it age, the acting is overly dramatic, the effects obvious (although no more so than some of the CG effects in recent films), but it does have a number of traits that stand the test of time. The first is the story, it is well paced and unfurls in an interesting direction.

The humour in the film also adds to the entertainment, it intersperses the strangeness and the horror of what is going on. For its time it's also quite gory and the effects must have been quite shocking. Like most good horror films it doesn't rely on shock and gore to make its point, there are a few creepy moments.

I mentioned strange and as well as creepiness the film has its surreal moments too. These use tricks familiar to us now, but again were novel for their time. All in all this is still a fun film to watch and also provides some good instruction in how a good horror can work. 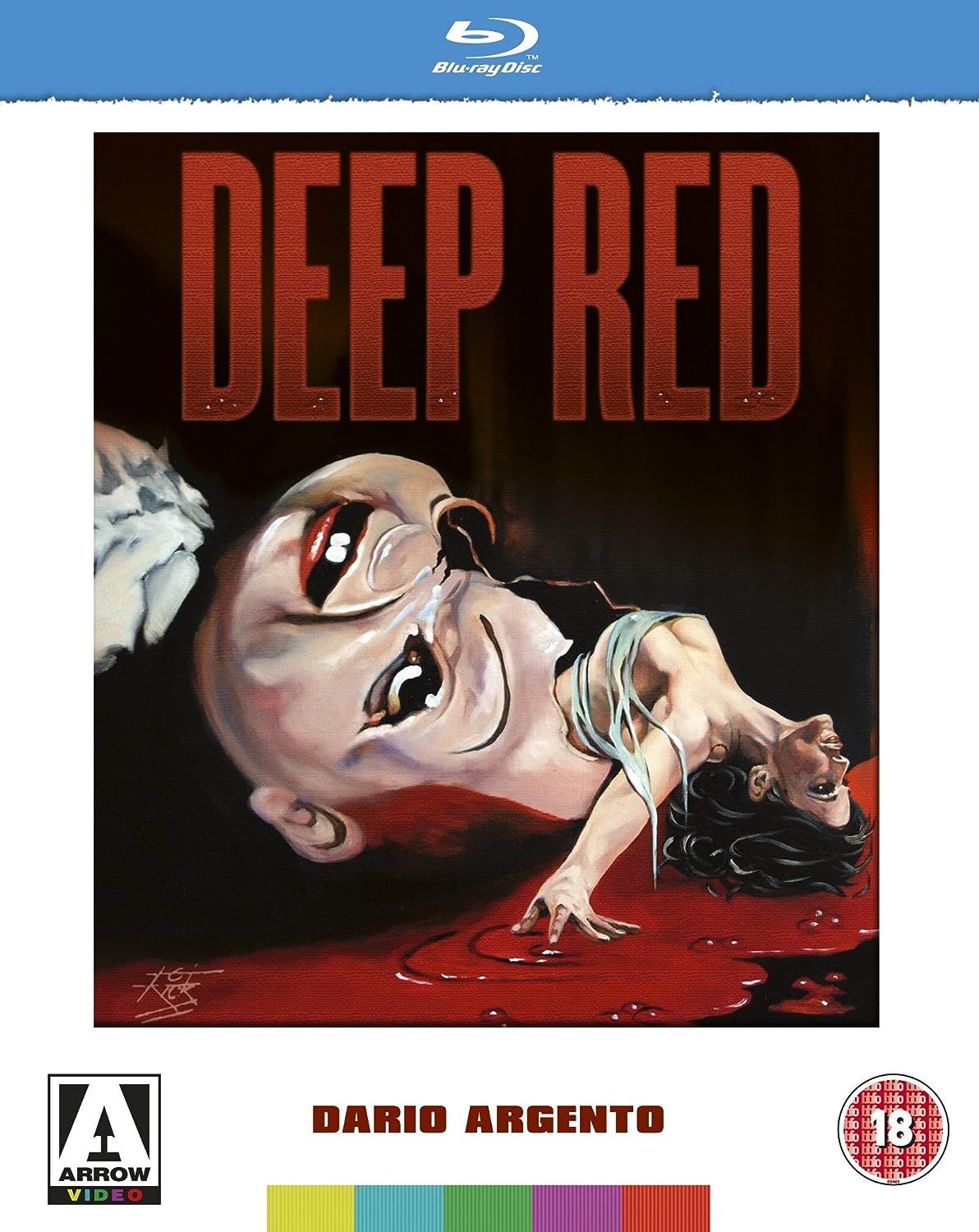 Flesh ripped clean from the bone And the blood runs red

The bloody kills and red herrings come thick and fast as Dario Argento weaves a twisted web of sadistic intrigue in this classic Giallo from the genres golden era.

Marcus Daly, an English pianist, rushes to the scene but hes too late to save her. He sets out to solve the murder but at every turn the mysterious slayer strikes, cutting off each line of enquiry with an acts grisly of violence, each more shocking than the last!

A surreal masterpiece from Dario Argento with a pounding score from cult prog rockers Goblin, Deep Red will leave you battered and breathless!

Deep Red is available from Amazon (and is an excellent watch!)
Posted by Michael Brookes at 19:48