Film Review - The Pit and the Pendulum

I can't believe I've not watched this before! Lance Henrikson is always fun to watch in action and this is the dark and twisted role he excels in. He plays the infamous Torquemada, the bane of heretics and head of the Spanish Inquisition. He is bewitched by a young bakers wife and accuses her of witchcraft, this is a regime that only accepts confession if it is given under torture, which sets the tone of the film.

Torquemada becomes obsessed with the woman and blames her for his feelings and tortures her and her husband who attempts to rescue her. The story is loosely based on Poe's story of the same name, it's fairly predictable, but well told. For the most part everyone does a good job with their roles, Oliver Reed even makes a quick appearance to have a few drinks.

In fairness Henrikson carries the film, his portrayal of Torquemada is great fun to watch (I might have to watch Millennium again),l he plays the zealot very well and it's worth watching for that alone. 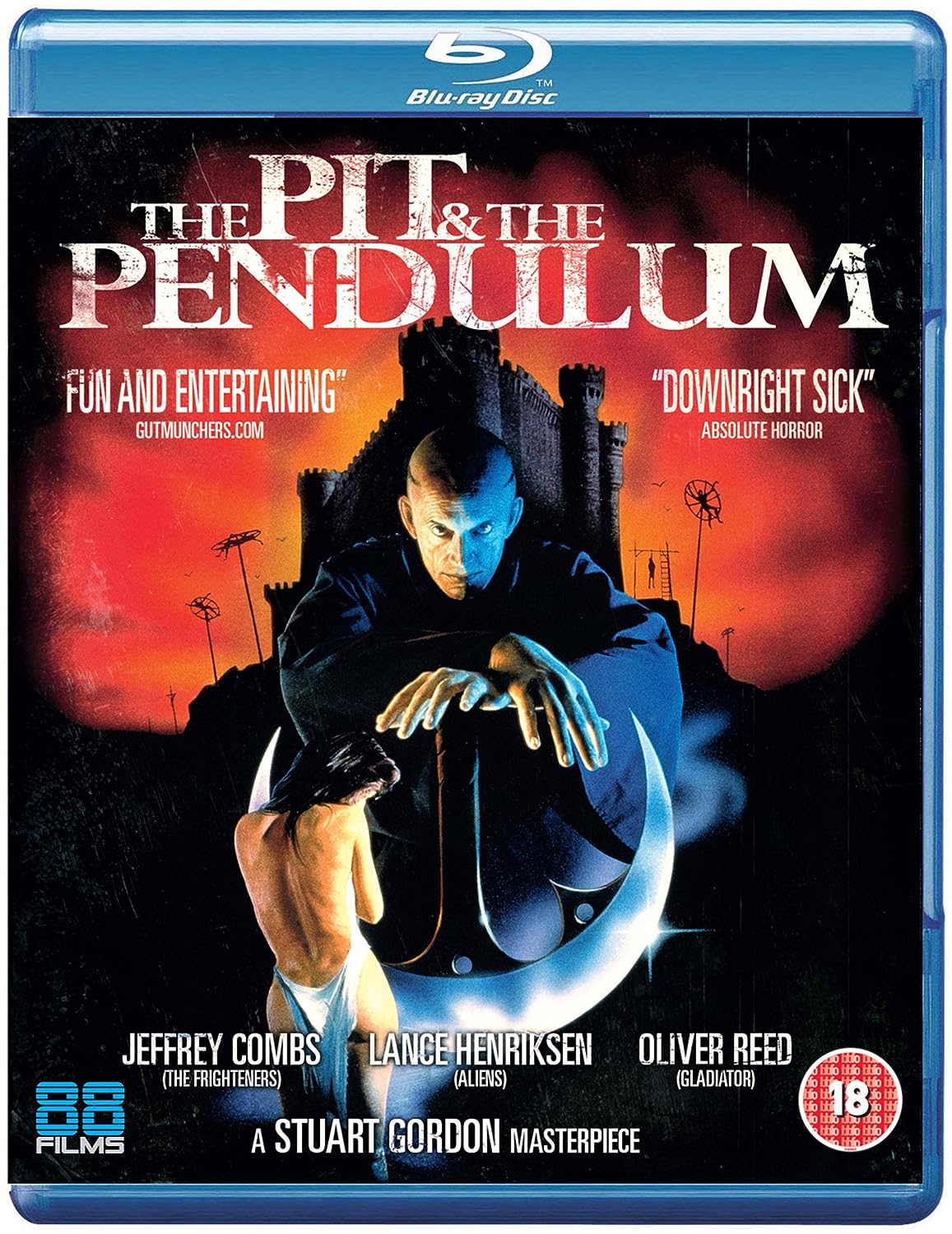 In the quest to save souls, the Spanish Inquisition will stop at nothing and knows no boundaries for its evil. Under the direction of Torquemada (LANCE HENRIKSEN - Aliens, Terminator ) the Grand Inquisitor of Spain, a young baker s wife named Maria (RONA DE RICCI) is falsely accused of witchcraft and dragged before the Inquisition and the Cardinal (OLIVER REED Gladiator , Three Musketeers ). Torquemada is enchanted by Maria s beauty and subjects her and her husband Antonio (JONATHAN FULLER Castle Freak ) to heinous tortures hoping to prove that his own desires for her are a result of her magic, and that she has bewitched him . With the help of Esmerelda, Maria s cellmate and confessed witch, Maria must find the power to save her husband Antonio from Torquemada s ultimate machine of torture: the inevitable, razor sharp PENDULUM poised over the inescapable PIT of hell. SPECIAL FEATURES INCLUDE: MAKING OF FEATURETTE, BLOOPER REEL, THEATRICAL TRAILER, FULL MOON TRAILER REEL.

The Pit & The Pendulum is available from Amazon (and is a fun watch)
Posted by Michael Brookes at 22:01