Book Review - The Bone Yard and Other Stories by John Moralee

I first became aware of this author from his short fiction contest entries and I've always enjoyed how much of a punch he can pick into so few words. This collection of dark tales continues that theme and illustrates how good he is at weaving effective short stories.

They're not all tales of horror but all have a dark theme and there's a good spread of ideas here and that kept me interested in the collection. Each story brought something new. As with nearly all the short story collections I've read there are favourites and others I didn't enjoy as much. I found them all worth reading, but The Challenge (about a woman in a tower where you have to walk forever) and The Midnight Murderer were stand out stories for me.

The quality of the writing is generally good (and in some places superb), but a few of the stories could have done with another proof pass. That's a minor complaint though for the stories on offer here. This is a recommended read for horror fans. 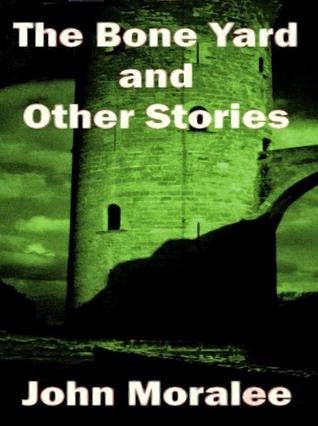 The Bone Yard and Other Stories

A collection of fifteen dark stories, ranging from a traditional ghost story to splatterpunk, totalling over 70, 000 words. Some of these stories have appeared before in print in horror anthologies and magazines, but many others are new and original to this gruesome collection.

The Bone Yard – a group of boys discover something terrible in a graveyard.
Nematode – the reason why eating too much meat is bad for you.
Open Wounds – torture and pain are the least of one man’s worries when he’s arrested.
The Challenge – a woman finds herself trapped in a strange tower with no memory of how she got there.
The Shadow of Death – what would you do if the world was overrun with zombies and you were one of them?
Monsters – The Nazis perform horrific experiments on humans with the aid of Dr Frankenstein’s reanimation technology, making one scientist question his beliefs.
Sickness Country – a racist community face retribution.
The Midnight Murderer – a writer suspects a psycho-killer is stalking him.
The Faintest Echo – a man’s son dies, but he sees him again ...
Sleeping in the Earth – a killer makes a deal to get out of prison one more time.
The Gift – a woman receives a disturbing present.
The Deepest, Darkest Fear – a sheriff investigates the disappearance of his own child.
The Big Favour – would you help your friend dispose of a body?
Starlight – a ghost-writer encounters a famous actress with a secret.
Disconnected – two girls become trapped in a telephone box with terrifying results.

Click here to buy The Bone Yard from Amazon (and it's an excellent collection of dark stories)
Posted by Michael Brookes at 13:15