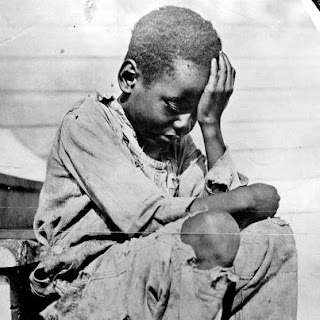 Please introduce yourself, who are you and what do you do?
I was the preacher in my kindergarten’s production of “The Tom Thumb Wedding.” My mother often scolded me for being Chairman of the Entertainment Committee. To my credit, the post was merely honorary, I served without compensation, and as the title “Chairman” implies, I always collaborated. I sang and bet Phileas Fogg he couldn’t circumnavigate the world in eighty days, and played the mayor in “The Best Little Whorehouse in Texas.” I produced four short comedy films before discovering that I sing, dance, act, and tell jokes too poorly to make a living at it. People are starting to ask me to do eulogies.

I'm a flatlander and married to a killer reading teacher. I grew up in Kansas (USA) and reside in Oklahoma. In my day job, I'm a one-man-show. A tax guy. My business gives me a chance to watch people behave under stress.

What first inspired you to start writing?
I'm not sure. It occurred after my children were in college. Maybe it has something to do with leaving footprints.

And what attracted to you to historical fiction?
I read somewhere that most writers begin with history and I suppose that's because it's populated by intriguing characters and stories. That's true for me. I didn't have to do to all the heavy lifting.

Do you find that you need to do a lot of research for historical stories?
Historic fiction, yes. It mucks around with real people, places and events. History lovers – especially western buffs - demand authenticity. If a writer says a cowboy put catsup on his sandwich, he had better check to make sure cowboys had access to catsup and that they ate sandwiches.

By way of contrast, authenticity is less important in historical romances where real people/places/events are not described.

What do you enjoy most about writing?
I like the feeling I get when I read aloud some passages that I've written that I think are particularly poignant. I hate to admit it, but I like hearing positive comments and seeing smiles.

And the least?
Writing is so sedentary. Bad for one's health. I don't like marketing much. I've attended meetings and conferences where I realize that I'm asking myself “am I really this pathetic?”

What advice would you give new and aspiring authors?
Passive verbs kill. Avoid adverbs. Never ever begin a sentence with “there were, there are, there was...” and such. Comatose noun, dead verb. Exception: limericks.

What are you working on at the moment?
I'm working on my magnum opus, a historic fiction I'm calling Profane Fire at the Altar of the Lord. It's about three adventurers and their quests for fame and fortune in 16th century Europe.

This book's purpose is to entertain. The standard of its scholarship is Wikipedia. My target audience is those indolent, middlebrow woolgatherers that poke about in obscure internet sites into the wee hours of the morning. What it lacks in scholarship it makes up in irony.

Working on final edits. I need to numb my sensitivity and start looking for an agent. I'm reluctant to self-publish again.

Tell us about your latest work and how we can find out more.
Runaway! A literate slave boy flees for freedom on the Underground Railroad. (Teen, young adult historic fiction).
http://www.amazon.com/Runaway-Dennis-Maley/dp/1463772416/ref=sr_1_1?ie=UTF8&qid=1328460819&sr=8-1
Amazon has a cool “look inside” feature, a synopsis and reviews.

Thanks to Dennis for sharing his thoughts with us, tomorrow we welcome Scott Marlowe to the hot seat.
Posted by Michael Brookes at 13:12