In today's guest author interview we welcome Jim Webster, you can read what he has to say below: 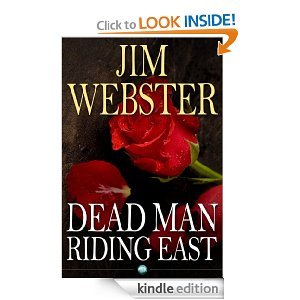 Please introduce yourself, who are you and what do you do?
Me? I’m Jim Webster. I farm, I do freelance writing. I’ve written on everything from Agriculture, through Military History and Wargaming, Role Playing and now Fantasy Novels.

What first inspired you to start writing?
It was a strangely mercenary thing. In my early twenties I realised that I was going to have to do something to boost my income, agriculture has a habit of not putting your amateur status at risk. So I started doing articles for wargaming and role playing magazines and then moved into writing for other outlets. So really I’ve spent a lot of time learning the trade, and finally, I decided I’d try my hand at a novel.

Are you a planner? Or do you prefer to dive straight into writing?
A bit of both. I did a short piece for A Splendid Salmagundi and with that I just dived in and wrote it. But that was a story I knew. I’ll give a lot of thought to the plots, normally when walking, but I don’t write a plan down.

What attracts you most about the fantasy genre?
I’ve always liked it. I especially like the murky area where fantasy fades into sci-fi but I like it all really. I suppose it is the sense of liberation and travel. In a good fantasy story you don’t just meet interesting people, you travel to such fascinating places. Good fantasy has a richness that other genres struggle to match. In fantasy even the squalor can be more squalid.

As a writer do you read a lot as well? Who is your favourite author?
I do read a lot. My favourite author is Jack Vance, who nicely bridges fantasy and Sci-fi. Also I have a real liking for the books of Ernest Bramah. Especially those about his Chinese Story teller, Kai Lung.

What do you enjoy most about writing?
The creativity, the ability to get something down on paper (or screen) and to read it through and think, ‘yes, it works’. Also I just like telling stories.

And the least?
Frankly I’m not sure there is much I don’t enjoy. Because I do a variety of stuff, I rarely get to the situation where I find myself trapped in front of the computer staring at the screen. I can go outside and do things that also need doing. I even get enjoyment going through the edited document, looking at the editors comments and re-evaluating things.

One bit I’m not good at and don’t really enjoy is the ‘selling’ side of it. And for the vast majority of writers now, if you don’t sell your work, no one else will.

What advice would you give new and aspiring authors?
Firstly, forget about it being art, don’t be pretentious, it is a craft, a trade. So practice the craft. It will take time, you’ve got to learn your trade. I’d recommend that the aspiring writer started off submitting articles, perhaps even freelance stuff to local papers etc. After a few years of that (and I mean years) then start on your book. But once you’ve written it, it will need editing. I don’t care who you are. It is virtually impossible to edit your own work. Find yourself a decent editor. There are good freelance editors out there who don’t charge the earth. Probably under £200 for 100,000 words.

My method is
1) Write it
2) Forget it. Just put the book aside and get on with something else. Ignore it for between three and six months.
3) Come back to it, work through it again. Edit it yourself. You’ll find yourself rewriting passages, adding bits, putting in extra plot detail or whatever.
4) Send it to the editor.
5) When it comes back, read all the comments, and then methodically work through the book again. You do not have to accept all an editors recommendations, but you ought to have damned good reasons why not. I always email the editor to explain why I haven’t acted on his suggestions. When I put my explanation in an email, it makes me justify it properly.
6) It goes back to the editor. Most good editors have the second read through as part of the same package.
7) When it comes back read through it again, you’ll still pick up the odd typo.
8) If you can get a proof reader, have them go through it at this stage.
9) Now it is probably fit to publish. So publish it.
10) Now start selling it!
11) This bit really comes a lot earlier. Because when at 2) you were putting the book away and forgetting it for six months, that is when you did 11) which is write the next book.

What are you working on at the moment?
At the moment my third Fantasy Novel set in ‘The Land of the Three Seas’ is with the editor. This is ‘Flames of the City.’ I’ve just posted it off and now should really be getting on with my first Sci-Fi book, which might or might not be called ‘A Nice Discrimination.’

Also the fourth novel set in ‘The Land of the Three Seas’ in written, but it hasn’t had my edit before being sent off to be edited properly.

Tell us about your latest work and how we can find out more.
Well hopefully, by the time you’re reading this, my second novel, ‘Dead Man Riding East’ will be available from Amazon as an e-book. This is a sequel to the first book, ‘Swords for a Dead Lady’, in that it is the further adventures of the characters from that book, but it can be read as a stand-alone story. As with all these things, timing is out of my hands, but trust me, I’ll leap up and down and tell people when it comes out.

Thanks to Jim for sharing his thoughts with us, on Tuesday we welcome Larry Garner (or Animal as he prefers to be called).
Posted by Michael Brookes at 13:20