This is some damn fine horror. The author takes the somewhat familiar concept of a haunted house and cranks it up a notch. I usually prefer atmospheric horror to gorey stories, but the two are exquisitely balanced to make for a terrifying read.

It opens in spectacular fashion, and so providing some of the bloody history of the house, but also to set up the core mystery threading through the whole story. We're then taken to modern times and Freya's inheritance of the same house. Although it settles down compared to the opening scene, it quickly builds pace with only the most minor faltering to the conclusion.

The author writes with an accessible style that carries the tale. The emotion and events are told in crisp detail, without getting too bogged down so it flows well. The characters are well drawn, and I especially appreciated the perspectives of the spirits involved. The main characters are well portrayed, with appreciable depth. However some of the later characters (the medium and her entourage in particular) could have done with some fleshing out.

To call it a haunted house story does it a disservice. While it is true on the face of, it's built up through layers of different influences, which combine to something you can get your teeth into. I think I appreciated this most of all the good aspects of the book. It wasn't simple, but had nuances to it that allowed for a greater breadth of responses from the characters. How they tackled the adversity also stood out from the usual horror fare.

As we approached the end I did have a building gripe that the core mystery wasn't revealed, or at least given more substance. However this changed with the last couple of chapters and it struck me that maybe it would have been better to save the revelation. I think it deserved more than the wrap up it received, although it did do justice for the main character, but I do hope that the history of this aspect is explored more fully in future books.

Overall though, this is a fantastic horror read. It does well in shades of grey choices and influences, rather than a rigid black and white. It's very well written and well worth the time of any fans of the genre. 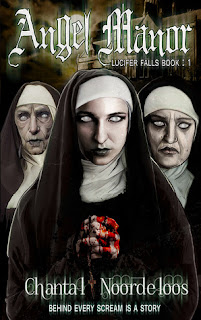 A beautiful house – with a dark and deadly secret.

When Freya inherits her mother's childhood home, she sees it as an opportunity. A chance for a new life with her best friends, as they convert the crumbling mansion into an exclusive hotel.

Instead, they'll be lucky to escape with their lives.

As the first hammers tear through the bricked up entrances, a dark, terrible and ancient evil stirs beneath the house. An evil that has already laid claim to Freya and her companions' souls.