The Church of Virtual Saints Available to Pre-order

The Church of Virtual Saints is now available for pre-order and will be released on Sunday January 31st. It will be on special offer for only 99c/99p before and including release day only - after then it returns to it's usual price - so grab your copy now! 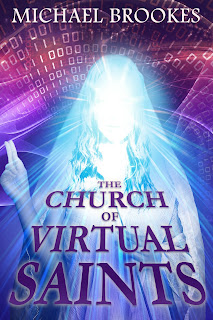 Posted by Michael Brookes at 13:18