I think it would be fair to say that this isn't my usual type of read and if it hadn't been for the opinion of a few reviewers it would have probably passed me by. And that would have been a shame. The first thing that struck me was that this was a dystopian future that wasn't a nightmare to live in. The people have made it work and that creates a setting that is both interesting and practical.

The story is good and draws you along at a decent pace. There's some well timed twists and turns along the way that keep things interesting. The world works well here as well with events going on in the background that feed into the main plot without overwhelming the story of the main character.

I liked the main character a lot. She's strong and experiences a great deal, but does so in a practical and enduring fashion. She's an unlikely hero, but works well in the context of the story. The support cast are also good and balance out her weaknesses. The villain was a little simplistic, but did work and links with some of the background threads.

The writing is solid and done in an easy going style that really helps carry the story. One odd aspect for me was the pacing. Even with the more dramatic elements it has an almost meandering pace. Deceptively so in some cases which did make it feel strange on occasion, but did make it an easy read.

In summary this is an easy read, but don't let that fool you as there's a decent amount of depth here as well in a well realised future world. Good stuff! 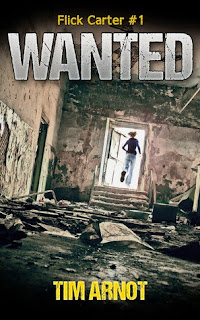 Click here to buy Wanted from Amazon (and it's a very good read)
Posted by Michael Brookes at 13:21