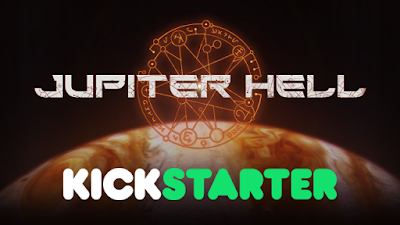 Darren Grey is a writer and computer game designer, and is currently writing for upcoming sci-fi game Jupiter Hell (www.jupiterhell.com). During daylight hours he also works as a Research Programme Manager for the Alan Turing Institute, the UK’s national institute for data science. You can find his games and writing at www.gamesofgrey.com.

In the Information Age the fastest thing that changes is the way we communicate and the tools we use to do so. Many of the apps and programmes we use right now will be extinct, whilst new tools arise and become ubiquitous with tremendous speed.

Automation will increase, with computers being in charge of much more of our lives. Driverless cars will become a widely accepted phenomenon, though still rare, and we’ll start seeing fervent debates when buggy cars kill pedestrians. Digital assistants like Siri and Cortana will become far more intuitive and many will begin to rely on them. Ultimately we will learn to trust the digital controllers of our lives much more than other humans.

The technology giants will grow, manufacturing jobs will become even scarcer, and we will continue to raid every resource on the planet to fuel our digital desires.

AIs will become commonplace, but not as the evil automatons depicted in movies. They will be targeted pieces of software, only able to make decisions in specific constraints, such as AI doctors providing medical diagnoses. Every gadget we own will have some form of artificial intelligence at its core, each one far more powerful than the greatest AIs we currently possess. The AIs of 2016 will seem as backwards as the computers of 1966 seem to us now. Future AIs will advise us what to wear, what to eat, inform our movements, our careers, our childraising and every other aspect of our lives, grand and small. Children growing up in this time will see them as indisputable natural forces.

Inequality in society will be rife. Automation across a range of industries will eliminate many labour markets. The middle class will be composed of those in the service industries, or those who can code or design machines. The lower classes will be destitute, heavily reliant on the state to get by. The software corporations will be insanely rich, and will underpin every other industry in operation as software ultimately controls every process in the world.

Inequality will lead to social strife and political upheaval. But the politicians will be powerless to change the haves and have-nots in a world that so perversely rewards those at the top. Some governments will begin turning to AIs to control the economy and other central functions, making politicians increasingly irrelevant. Perhaps eventually democracy will become a form of inputting variables into AI systems that know much better than us about how to run the world.

The developing world will suffer the most, as it always does. In the chaos Africa will be raped of its resources whilst puppet governments oppress the people. No one corporation or country will be responsible, and no one with power will ever be brave enough to try and disrupt a system that is so profitable for so many.

The Solar System will be awash with activity, yet only a few thousand people will ever have left Earth. Machines mine the asteroids and moons for resources, automatically funnelling back important materials to Earth. Using humans for this would be dangerous and expensive. A few rich people take tourist trips out to some pretty sights, but even that is not popular as it is time-consuming and uncomfortable. There are some permanent domes on Mars, but only a tiny few will choose to live their lives there.

Society will have calmed after the previous tumultuous years following the economic collapse of India and China. AIs have designed more stable systems of rule for us, ensuring we are kept happy and sane. Universal pay keeps the masses content, whilst an enterprising few play with trying to advance humanity further.

For the first time in its history the human race will begin to decline in numbers, after reaching 20 billion. Though there is plentiful food through agricultural advances, and little disease to kill us off, there is also very little motivation to procreate. People take much longer to emotionally mature, and often don’t form lasting relations with partners (if at all) until no longer fertile.

There will be much art and philosophy and science, and some will call it a golden age, but many will also worry for the future of the race as a whole. Climate change, after all the horrendous damage it caused, will be brought under control, yet the risk of other extinction events will still be present. A few exoplanets will have been visited by machines, and with robots now building bases on other planets it will almost be time to send a human expedition.

Humanity will have spread to the stars, and yet will have barely left a footprint. Machines will always be one step before us, spreading with minimal need of resources and replicating themselves wherever they go. Perhaps a true AI will be born in this time, but I think they will be smart enough to stay unnoticed by humans and will strike out on their own journey through the stars.

Our population will have crashed, with the majority of people no longer choosing to have children. Everything we relied on people to do can now be filled in by machines. We are completely independent from each other.

The human race will have made great scientific advances, and journeying between stars will become easier. Yet it will still be difficult, and the rewards for doing so will feel hollow to all but a few. An empty depression will sink over much of the species, a feeling of both stagnation and impotence - masters of our own world, yet so feeble to truly reach to the galactic scale, and as far as ever from understanding any real meaning to our existence.

Either we will slowly fade into a forgotten people, superseded by the AIs we created, or we will take the drastic step of changing who we are. Through a mix of genetic manipulation and machine augmentation we will stop being human, and in doing so open up vast new potentials for whatever species we become.
Posted by Michael Brookes at 13:05