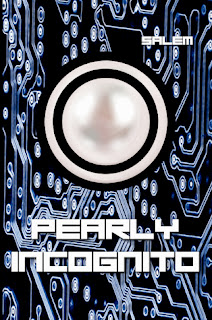 Detective Rook Black is having a tough time solving crime in a New York City where reality is traded on the black market by the mysterious quantum butcher, Jack the Butterfly.

A new reality loophole in a plastic universe leads him through a convoluted, endless city, toward a bank-robbing vampire monster. The monster files his teeth with diamonds and calls himself, Pearly. Pearly Incognito.

It’s just not a good idea to get close to Pearly. Not at all. Not even Pearly likes being in his own skin. Let alone inside his own imagination.