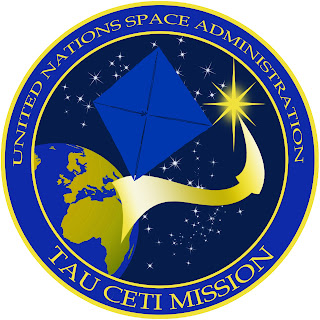 Seb is one of two neural networks on the Venti Probe, as well as being the Secondary Command Module for the mission his natural language parsing ability has seen him helping with public relations for the mission. A large part of that role will be the blog posts he transmits back to Earth during the mission. Another part will be the Q&A sessions - the first of which will take place on Saturday 21st November - on the day before the historic missions launch.
To send a question to Seb post it in the comments section of the page linked below and the mission control team at the United Nations Space Administration will pick their favourites and send them to the probe. Anyone who posts a question that is answered by Seb could receive a mission patch. This first batch of questions will close at midnight on Friday UST.
http://www.taucetimission.com/2015/11/pre-launch-questions-for-seb.html
Posted by Michael Brookes at 13:27