I enjoyed the first book in the series and this sequel continues the story well. I'm quite interested in the various concepts of transhumanism and in particular the cybernetic aspects and these are explored in an interesting fashion in this book.

The concepts provide a framework for the story, but the focus is on the lead character - Mesa. It has a fugitive feel as she is chased from her life, but not really knowing why. It's a fast paced tale and it keeps the pressure on throughout - except for the end, which felt a little flat after the relentless pace of the bulk of the story.

It really captured the feel of the pursuit and the technology involved in an effective way. The technology did feel a little too useful at times, allowing her to scrape through situations that would have been impossible otherwise. Still the framework is pretty solid, so I didn't mind these occasional excesses.

The writing is very tight and the author builds a convincing world - although as with the first book I'm still not completely sold on the Chinese invading the West Coast. It's not a big deal though and it does create some good moments.

My only real issue with the story is that I would have liked it to look in more detail at the consequences of some of the technology. It assumes knowledge on the part of the reader, for example stating something could we weaponised, but providing any detail as to how or why.

It's a fine read though, with some good action and well described battles. If you like your science-fiction fast paced then this is well worth a read. 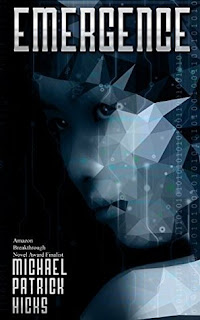 The thrilling sequel to Convergence!

Still recovering from the events that befell her in Los Angeles, Mesa Everitt is learning how to rebuild her life.

The murder of a memorialist enclave changes all of that and sets into motion a series of violence that forces her into hiding. Hunted by a squad of corporate mercenaries, with the lives of her friends and family in danger, Mesa has no one to turn to, but she holds a dark secret inside her skull. She has no knowledge of that secret, but it is worth killing for.

The ghosts of her haunted, forgotten past are about to emerge.