Book Review - I See the Devil by Cyma Rizwaan Khan

It appears that this book is no longer available to purchase - which is a shame because it's not a bad read by any means, and with some tidy up would be a decent one. The story is an apocalyptic tale of the Devil and the Antichrist, but it's quite a personal tale considering that backdrop. The blend of insanity and Satan's plan is an interesting one, but is something that could have been developed further.

The plot is solid, although there is a section near the end that I felt detracted from the story overall. Up until that point it had been quite tight, with few characters and suddenly expanded. While it's usually worth seeing what the other side are up and does raise the question of what actually is evil, it detracted from the core story.

Another issue is that the text could have done with another edit pass. It's not a major complaint, but there were just enough errors to be noticeable. Those issues aside this was an entertaining read. There's a good touch of the darkness in here and it's well paced and for the most part well crafted. 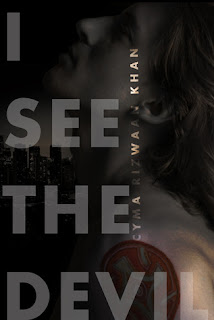 Insanity goes deeper than the soul. At least that's what 27 year old Jeremy Pearce is beginning to experience. He sees the devil; a devil who is hell-bent on bringing down the apocalypse.
Will Jeremy be able to save the world before it's too late?
Posted by Michael Brookes at 13:25