This was a story that I've been aware of for some time, but never actually gotten round to reading it. When I saw that a novel based on the story had been released I snapped it up. It's a decent read, but didn't quite live up to what I'd heard about it.

There were two reasons for this. The first is that overall it was too short. There was plenty of scope for more development - especially for the first half of the book. The second major issue was that it was very much a book of two halves. In fact it reminded me of Full Metal Jacket in that the first half is so good that the second part struggles to shine in comparison. It's not bad by any means, but the experiment itself captured my imagination more than the aftermath - interesting as it was.

The story is written in a simple, almost brutal style that really carries the story well. I also appreciated the fact that it let you get to know the characters as a process rather than dumping in all of the back story.

Despite my issues with it the story is well worth a read, it's a nice idea that is well written and it's a quick read, so can slip into your TBR easily. 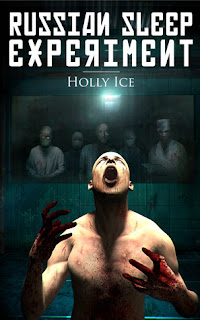 Four political prisoners living in a 1940s Siberian POW camp volunteer to be Subjects in a Soviet Military experiment. They are promised freedom in exchange for completing the exercise. In return they must endure 30 days without sleep, fuelled by Gas 76-IA.

The longer the experimentees endure insomnia, the more they deteriorate. Words and pleasantries break down until they turn on each other. Researchers look on, neutral, and take notes for the super soldier applications possible with this new, wonder drug. One researcher, Luka, stands alone in believing the experiment needs to be stopped before irreversible damage is done but is he too late?

The Subjects no longer want the Gas switched off...