As part of the blog tour celebrating the release of Beyond the Wail (see the details at the bottom of this post) here is an interview with one of the collection's authors F. M. Longo: 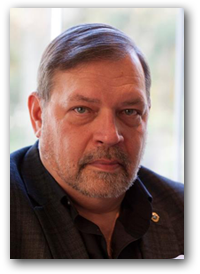 F.M. Longo grew up surrounded by books. He started his own personal book collection at the age of seven, filling his shelves with The Hardy Boys and Tom Swift, Jr. It wasn’t long before he read his way through the entire works of Christie, Queen, Sayers, Gardner, and Wolfe. He started working in commercial kitchens from the age of fifteen, but he traded his whites for a blue pin-striped suit when he started working in Lower Manhattan, developing financial and communications software for banks, brokerages and other Wall Street companies. He later went back to the kitchen, working as the banquet chef for a large resort, and later, as the executive chef and general manager at a fine-dining restaurant. He is also an accomplished jazz drummer, playing professionally for many years. Now retired, he advises non-profit groups in his area on publicity and advertising. Originally from Stratford, CT, where his four children and seven grandchildren still reside, he currently lives in Woodbury, CT.

What is your preferred writing genre?
Mystery - because everything I write turns into one. Actually, you can create a mystery in any other genre - paranormal mysteries, romantic
mysteries, historical mysteries.

How does writing impact other parts of your life?
It’s the other parts of my life that impacts my writing. I have a solid hour between 4am and 5am every morning to write. After that, I may get 5-10 minutes a couple times a day to add a few lines to my work in progress.

What are some of your other published works?
My earliest published works date to the mid 1980s, and were computer science  topics such as “Generating Square-Roots using Newton’s Method,” “Approximating PI with a Buffon’s Needle Simulation,” and “Principles of Parsing Computer Languages”. After that, most of my articles were on photography and music, and then, in the early 2000’s, about 100 articles on the history of food.

What is your advice to writers?
“Find your own voice. If your writing sounds like you speak, then you’re there. If it sounds like someone else is speaking, go back and rewrite it. Don’t change your voice because it’s more marketable, or closer to what a specific market is looking for; find the market that matches your voice.

What's up next for you?
I began a new short story series, this time, set in contemporary Tokyo. It falls into paranormal territory and, yes, they’re mysteries. There’s two stories so far, and I haven’t gotten around to polishing them up for submission yet. Soon.


OF MICE AND MONSTERS by Tirzah Duncan: Troubled by ghosts within and without, Benjamin struggles to become the man his girlfriend needs instead of the monster he is.

GO GENTLE by Julie Barnson: After the death of her boyfriend, a young musician uses her talents and a fabled violin to stop the fatal accidents at a dead man’s curve.

DEAD WATER by Amanda Banker: A stalled truck, an abandoned graveyard, and a town not found on any map take two brothers on a detour they’ll never forget.

COLD SPOT by Jay Barnson: When a laptop is stolen from their computer security company, two high school buddies go to extremes to investigate. But, will they manage to return?

THE WEEPING LADY by A. F. Stewart: Eva Douglas must face her mother issues, past and present, when the disappearance of her sister forces a confrontation with a terrifying ghost.

THE POLTERGEIST AND AUNT BETTY by Ginger C. Mann: Aunt Betty is eccentric, but how much is ghost, how much is medication, and how much is just plain crazy?

THE ‘GRIM’ REAPER by L. K. McIntosh: When a soul reaper loses the source of their power, they must either find the witch who stole it or a new purpose for living.

SHRINE OF MIRRORS by F. M. Longo: A spy on a mission becomes a believer in the supernatural when the theft of three ancient relics threaten to bring down the empire.

DEAD MAN HOCKING by T.N. Payne: A world-weary zombie learns to beware what you wish for, and not all sure bets are worth the gamble.

ST. PETER’S FISH by Alex McGilvery: Sam is a walking disaster of biblical proportions, but how much is he willing to sacrifice to escape, and will the Powers That Be allow it?

THE DIORAMA by Sebastian Bendix: A play set turns life around for Martin Taper, but things take a turn for the worse when he neglects it and the lonely child obsessed with it.

DATE DUE by Danielle E. Shipley: A magic library’s guardian determines to protect her treasured books, whether their authors elect to do things the easy way … or the fatal one.


Click here to buy Beyond the Wail from Amazon


a Rafflecopter giveaway
Posted by Michael Brookes at 13:33