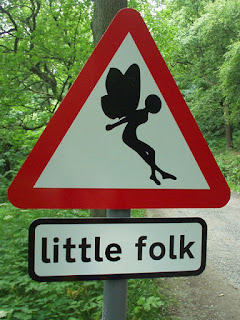 I've finished reading through the entries for April's Short Fiction Contest and as always I'm astounded by the variety and the quality of the stories. There were some excellent tales on offer, and it was difficult to pick just three, but here they are:

Congratulations to the winners and a big thank you to everyone who entered - keep on writing!

Unfortunately this will be the last short fiction contest as I'm pretty much out of time or energy for anything but work at the moment. I'd like to thank everyone who took part, whther by submitting stories, or reading the winners, or by sharing the links and posts - it's been a great couple of years.

And now enjoy the winning stories:

The Road Crew by Tim Maidment

The Road Crew "“It’s the way they go about as if they owned the place.” The first voice said. The river flowed by as it ever had done before them as they rested in the shade of the bridge.

“Yeah, no respect for people who’ve lived here for generations - it’s got to be their way or else.” The second voice was as rough sounding as the first, as if they’d been gargling gravel, or had been smoking for many years.

“And they won’t learn our lingo will they? Insist on living in their little, whatchamacallits? Oppidums? Urbs?”

“Is that what they call them? Sounds so dreary, and rude to to all cluster together like that, crowding us out. It’s like they’re too good to mingle with the likes of me and you.”

“Ah, you just got to look at them and you know there’s going to be trouble.” The first voice sounded troubled. “They’re all armed you know? Never go anywhere without a blade. Smile at ‘em wrong and they’ll cut you as soon as look at you, they will.”

“Be fair - you’re no better. You’ve got that axe out the back for special occasions haven’t you?”
“That’s different. Defence, innit? Plus, it sorts out the woodpile so it’s just a tool.” There was perhaps a smidgen of defensiveness in the voice now.

“You’re a tool. I saw you threaten that road crew the other day.”

“Well, they were on my land - didn’t ask me before they started digging did they? I ask you, who just marches up and just whips out pick axes without checking whose land they’re on? First I know about it, they’ve taken down my apple tree!”

“What? You’re joking! No wonder you went for them - bloody good apples they were! They apologise?”

“No chance! I climbed out from down here and they just started gabbling in that funny language of theirs. They soon ran when I waved my axe at them, you can bet.” The owners of the two voices looked up at the light reflecting from the river on the underside of the bridge. “You reckon they’ll be back then?”

“You’ve got a death wish haven’t you?”

“Nah, they’ll back down, just got to teach them their place - give ‘em a good thumping, maybe break into one of their temples and smash it up a bit, soon have em going back where they came from.”
“Really? You’re disgusting, and how can you tell they’re not from round here?”

“They’ve got tans and it rains here all the time. No one local has a tan.”

“For the love of Titania, you’re blue and have lichen on you, what’s colour got to do with it? You’re just a racist troll.”


“They’re trouble, mark my words. I ask you, what have these Romans ever done for us?”"

Frank and the Faeries by Jason Purdy

Uncle Frank had made the sign down by the river for a laugh, but it had always been an important part of my childhood.

My dad was an only child, but Frank was his lifelong friend and drinking buddy, and an all American hero. He also believed in aliens, Faefolk, the Sasquatch, the flat earth theory, and Making America Great Again.

That sign had always comforted me when I was down in the woods, even by myself. Even when Frank told me the story about the skin changers after we found a dead deer. I couldn’t sleep for weeks, but I always felt safe by the river, because that’s where the faeries were.
When I went to middle school, I told the other kids that we had faeries living near our house.

They called me Fairy for the next four years, and into High School. I contemplated suicide several times and one time chickened out at the last moment and put the belt back in my dad’s room.
At times, I even blamed Frank. He could have warned me about this. He was so paranoid of everything else – so afraid of monsters and Mexicans alike. Surely he’d know what I would face.

I sat by the river once, aged sixteen. I stared at that sign until I thought I might burn a hole through it, like that guy from the X-Men comics my brother loved. Goddamn faeries. Goddamn High School.

“Don’t do that,” Uncle Frank said from behind me, emerging from the woods. He and my dad had been drinking in the garage, as they often did now that the factory had closed.

“Go away, Frank,” I said, without lifting my head. I lifted another stone and palmed it. It felt cold and smooth in my trembling hand.

He sat down beside me. He’d never been one to listen a word anyone else said. Three wives deep, I wasn’t sure if it was working out for him or not.

“You’ll piss them off,” he said, nodding towards the sign. “The little folk. They keep us safe from the monsters of the forest.”

“There are no monsters,” I snap. “No faeries, no nothing. Not even a single fucking bear.”

“He curses all the time.”

“Sure, and he’s drinking beers in the garage on a Wednesday afternoon with his childhood friend,” Frank said, sipping from the tin he brought with him. “Don’t you think we want better for you?”

I said nothing. I threw the stone into the river.

If I speak, he’ll hear the tremble in my voice. He squeezes my shoulder.

“That’s all fiction.” He nods to the river. “This is real. Me and you, faeries or not. High school is bull shit, as much as aliens and the little folk are.”

I sat there for a long time after he left.

The Tinkerbell Gang by Jay Bookout

“I love the United Kingdom, daddy!  Can we move here permanently?” Johnnie asked his father.

Smiling, his father sighed, “It would be nice wouldn't it?  Everything is so beautiful here!”

Running ahead, little Johnnie pointed up to an odd sign he never seen before.  “Daddy, what does this mean?”

Seeing the silhouette of a fairy and the inscription “Little Folk,” David laughed.  “Apparently there are Faeries in these woods.”

Chuckling, David nodded.  “Apparently so.  Come on, let's see if we can find any.”

Taking Johnnie by the hand, David walked on, admiring the beautiful vegetation and flowers that seemed to springing up from every direction.  These woods are absolutely remarkable.  There was nothing like them back home in Colorado.

Suddenly, the plants began to sway to and fro.  The entire forest seemed alive.  Johnnie held David close to him as he stared in disbelief at the thirteen midgets, all wearing wings tied to their backs, came running out of the woods, carrying everything from baseball bats to knives which were twice as long as the midgets were tall.

The apparent leader, a shaggy looking chap smoking a cigar, came up and busted David right in the knee cap with a bat.  Hopping on leg, David couldn't believe his eyes.  The bat wielding midget demanded, “Give us all your money or you get it again.”

“What?” David asked, wondering if he was somehow being pranked.  In response to his question, the cigar smoking midget unleashed another barrage as six of his cohorts jumped in as well.  Soon David was on the ground, being pummeled as his son watched on in horror.

“Give us your money, asshole!” the leader of the small gang demanded.

Not wanting anymore trouble, David fished out his wallet and handed over all the he had, cash, credit cards, everything.  As quickly as they had appeared, the gang of midgets disappeared back into the woods, giggling and laughing at the loot they had claimed.

“Yes, officer, there were around thirteen of them, wearing wings, and armed with baseball bats and knives!”

The officer nodded.  “Aye, sounds like the McAllister Gang.  They've been robbing people on this tiny stretch of road for the last three months or so.  You're the fifteenth victim they've robbed.”

“Fifteenth victim?” David shouted.  “You mean this is a highly dangerous crime zone and you've done nothing about it?  Shouldn't there at least be a sign warning people of the danger?”

“There is.” The officer replied, pointing at the sign that read 'Little Folk.'  “What the fuck did you think that meant?  That there were fairies around here or somethin'?  How ridiculous would that be?”

David looked at his son Johnnie, who burst into giggles.  “Daddy, you got robbed by the Tinkerbell gang!”

David returned to Colorado and never spoke of these events again.  Though from then on, he was always nervous around little people.