This gem almost passed me by, but some recommendations on Goodreads convinced me to give it a try and I'm glad I did. It's not my usual type of read, but I loved it. It takes the familiar plot device of memory loss and does something extraordinary with it. It hooked me with the opening paragraph and pulled me along to the end without a beat.

The pacing is spot on and the revelations fill in the gaps, while also increasing the mystery. There was one scene where I feared that it had slipped into a cliché, but that was the only off note in the story. It was later explained, but it still felt a little false. It's a minor complaint and almost churlish considering the quality of the rest.

On top of a solid story and good pacing the author demonstrates a flair for the craft. It really carries the emotions of the characters, although here I encountered a second odd aspect. The story is told in first person, but for two different characters. That does add an uncertain note when switching chapters, but as odd as it sounds, that actually works with the sense of confusion.

It worked on all levels and most of all with the mystery of it. It kept me guessing right up until the end and did so without cheap tricks. A superb read and highly recommended. 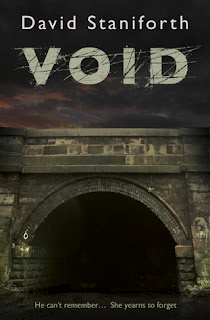 A void in one’s memory is filled with more than the fear of not knowing; it swirls with the dread of what those missing memories might contain.
When a young man wakens in a freezing car, his mind a complete blank, he embarks upon a journey that brings that very dread to the fore.

Who is he?
What has he done?
Where does he belong?
Why can he not remember?

VOID: a psychological journey of discovery that forces the question: To what extent can our memories be trusted?