I've enjoyed the Riddick series so far (yes even the second film), he's a fun character, strong, some cool moves and amusing one-liners. Plus the fact that he's not a clean cut hero makes him more fun to watch. This third film in the series didn't disappoint, it starts with him having to survive on a hostile planet with some nasty creatures and after a while, a cool pet.

Eventually he finds a mercenary base that enables him to call off world, luring a ship of mercenaries after the bounty on his head. Two teams arrive, the first want him dead, the second (led by someone with a familiar name from the first film) wants him alive. Naturally Riddick cares for neither of those options but wants one of the ships so he can leave.

The film ties off the connection with the second film quite quickly and returns to the format from the original, which gets my vote. Once again we have alien monsters hunting the humans (who are better equipped than those in Pitch black, not that it helps them much), the creatures are pretty cool. Nasty and alien looking, although I preferred the design of the creatures from Pitch Black, these do make suitable bad guys.

Riddick is the star of the show of course, but the members of the two crews have their moments and for Battlestar fans there's Katy Sackoff as the token female. The pacing is good, the action starts quickly and keeps going through the film. All in all it's an entertaining piece of sci-fi action, worth a watch. 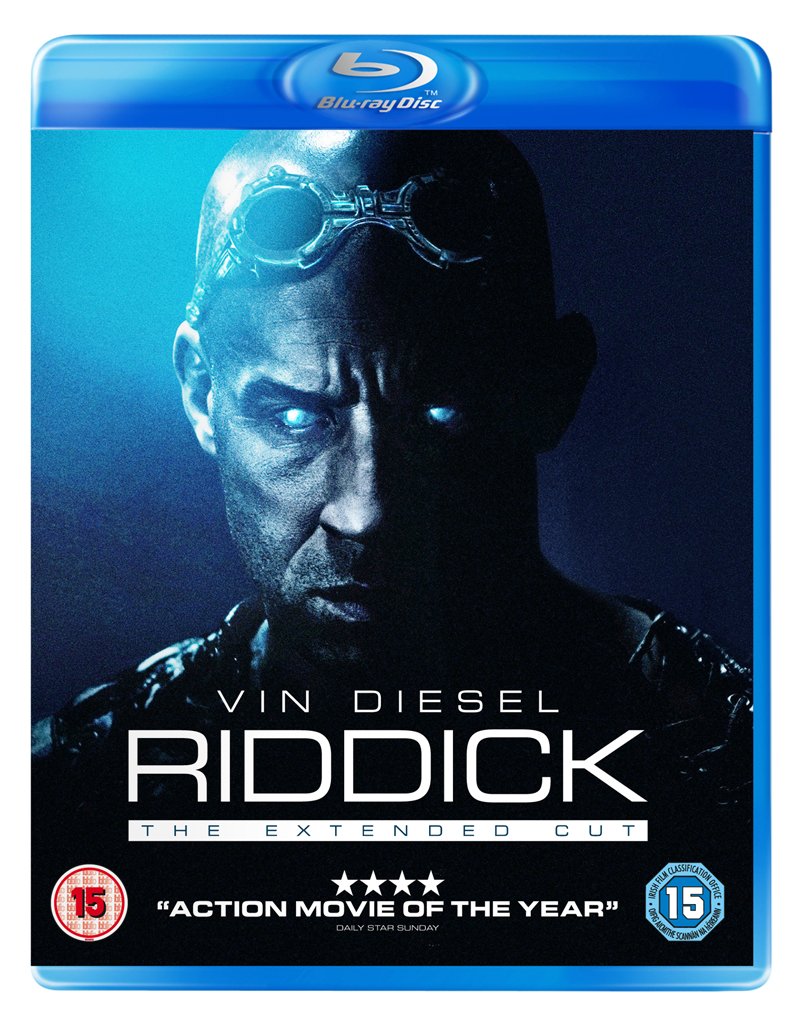 Extended cut of the third instalment in the Chronicles of Riddick film series directed by David Twohy and starring Vin Diesel as the titular anti-hero. After being betrayed and left for dead by those he once led, Riddick must fight for his life against alien predators on a barren and dangerous planet. In order to continue his quest of returning to his home planet of Furya and saving his people from destruction he activates an emergency beacon which alerts two ships to his presence, but when the ship's crews appear they soon realise they have become pawns in Riddick's plot for revenge...

Posted by Michael Brookes at 14:41