I enjoyed the first film and the second is a decent sequel, it's far from the best horror film out there, but it is an entertaining watch. The story continues from the first film, but the family have moved into a new house, unfortunately strange occurrences and visitations continue to haunt them. Even more troubling is the fact that the father may not have returned from the other world, but something more sinister has taken his place.

As I said I enjoyed this sequel, it continues the story in an interesting and entertaining fashion. The production values are high and everyone does a good job with their roles.

The main flaw with the film is that it takes the ghost train approach of using sudden movements and loud noises to scare the audience. While it does this reasonably effectively I personally prefer a more considered approach of creepiness and tension.  The shame here is that the film does go someway to building a sinister atmosphere, but then shatters it with a sudden bump.

Still the film is what it is and that is a well made shock horror that is a fun watch, although if you didn't enjoy the first film then you're unlikely to enjoy this one. 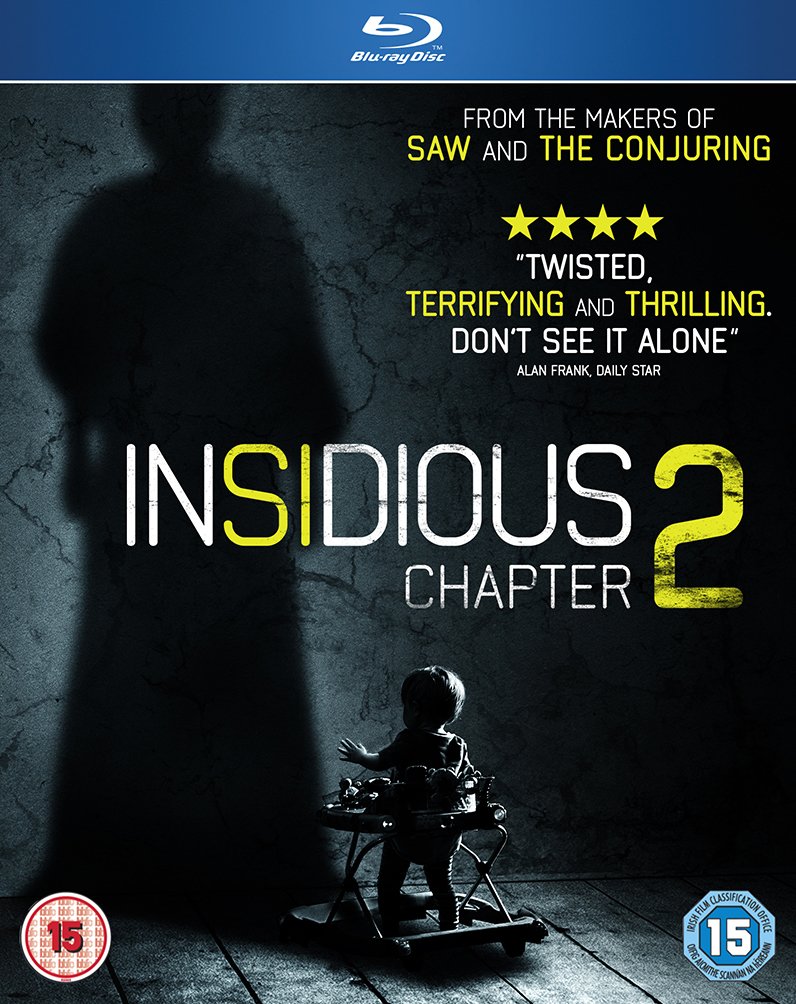 Josh (Patrick Wilson) and Renai (Rose Byrne) have a happy family with their three young children. When tragedy strikes their young son, Josh and Renai begin to experience things that science cannot explain. James Wan and Leigh Whannell, the co-creators of Saw, join forces with the producers of Paranormal Activity to take you on a mind-bending journey into the world of the unknown.

Click here to purchase Insidious 2 from Amazon (and it's an entertaining watch)
Posted by Michael Brookes at 17:54