I enjoyed watching this film again, I was a big fan of the comics as a youngster and this a decent adaptation. As well as that it is a decent action film. It's set in the future where most of America is an irradiated wasteland, Mega City One is a vast city housing most of the remaining population. The city is rife with crime, things are so bad that the judges are empowered as judge, jury and executioners as needed. A new drug called slow-mo (which also provides a nice reason for some of the special effects) has hit the streets and as part of this three pushers are murdered. Judge Dredd and a rookie called Anderson investigate the murders and find themselves trapped inside the block. They then have to battle their way out.

The set up is very similar to The Raid (another excellent action film) and while the story isn't particularly unique it is sufficient to keep things interesting through the film.

For me the real problem was the setting, it didn't really fill the fantasy created in the comics. It has glimpses of it, but for the most part is little different from a modern environment. This in part  reflects the low budget for the film.

However it's strengths far outweigh that minor complaint. The main plus for me was Dredd himself, Karl Urban does portray the character I imagined while reading the comics. The other characters are also well played, Anderson contrasts well with Dredd as the rookie judge being assessed.

This is a fun film, worth watching even if you don't know the comics and a fair adaptation if you have. 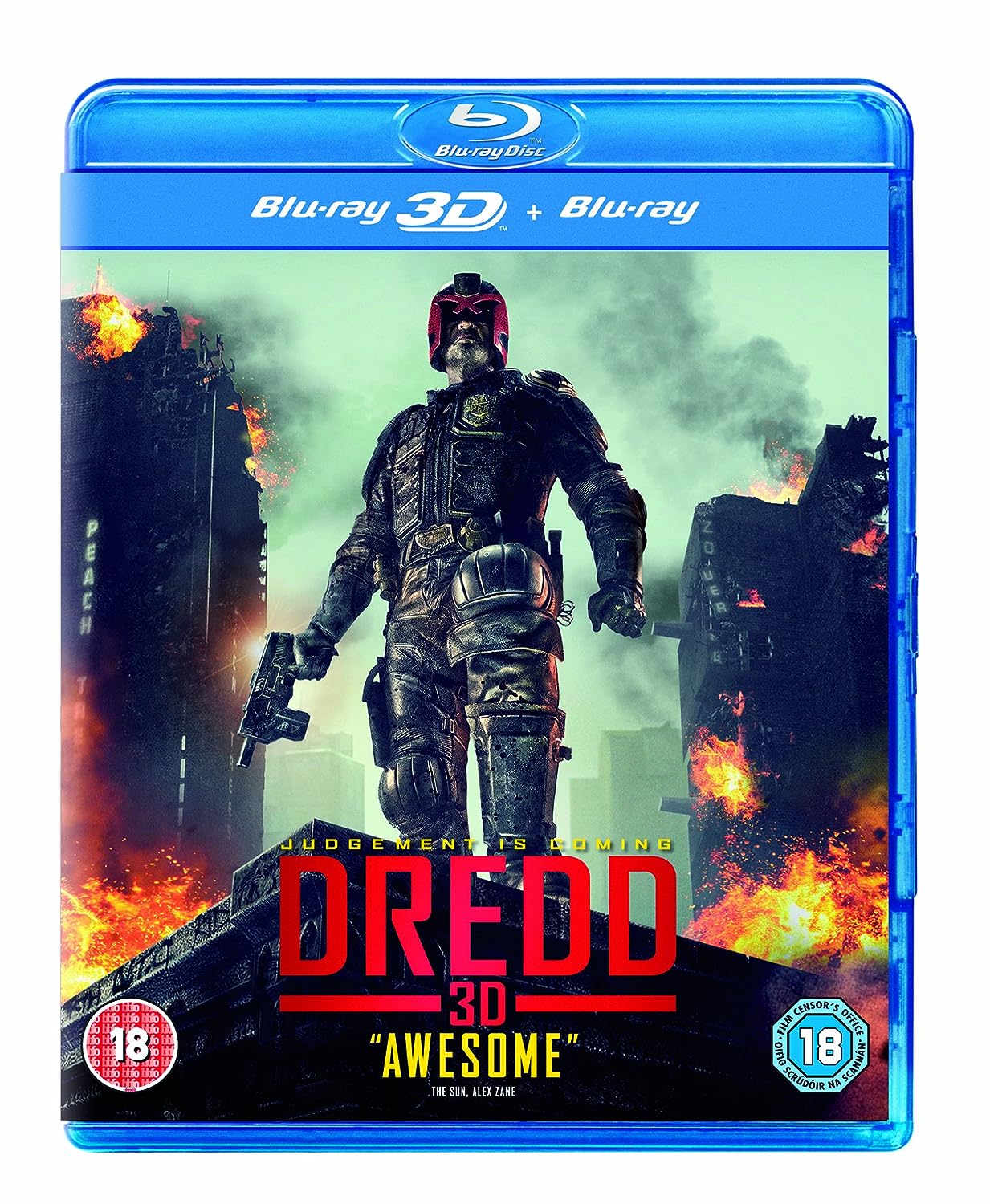 The future America is an irradiated waste land. On its East Coast, running from Boston to Washington DC, lies Mega City One--a vast, violent metropolis where criminals rule the chaotic streets. The only force of order lies with the urban cops called “Judges” who possess the combined powers of judge, jury and instant executioner. Known and feared throughout the city, Dredd (Karl Urban, The Lord of the Rings, Star Trek) is the ultimate Judge, challenged with ridding the city of its latest scourge--a dangerous drug epidemic that has users of “Slo-Mo” experiencing reality at a fraction of its normal speed. During a routine day on the job, Dredd is assigned to train and evaluate Cassandra Anderson (Olivia Thirlby, Juno), a rookie with powerful psychic abilities thanks to a genetic mutation. A heinous crime calls them to a neighbourhood where fellow Judges rarely dare to venture--a 200 story vertical slum controlled by prostitute turned drug lord Ma-Ma (Lena Headey, Game of Thrones, 300) and her ruthless clan. When they capture one of the clan’s inner circle, Ma-Ma overtakes the compound’s control centre and wages a dirty, vicious war against the Judges that proves she will stop at nothing to protect her empire. With the body count climbing and no way out, Dredd and Anderson must confront the odds and engage in the relentless battle for their survival.


Dredd is available from Amazon (and is an excellent watch)
Posted by Michael Brookes at 14:23