Welcome to the final blog tour stop for Kathryn Dionne's The Eleventh Hour trilogy. For this stop she has written a guest post about writing with all five senses, you can read that and find out about her trilogy below: 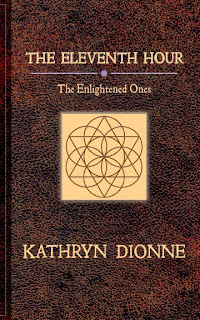 Writing With The Five Senses
by Kathryn Dionne

Hot apple pie! Ah yes, there’s nothing like it. Your mind automatically conjures up images of this delectable and delicious dish in your mind. But what if that is not the image I, as the writer, want you, as the reader, to get? What if, instead, I want you to be repulsed by it? How can I tear you away from the preconceived ideas in your mind and transport you to the actual scene going on in my mind? I need to make you feel what I feel, see what I see, hear what I hear, taste what I taste and smell what I smell. And the only way to do that is by attacking and altering your five senses.

As a writer, the best way to engage a reader and hold their attention is to feed them details in such a way that it makes them feel like they are right there in the middle of the scene. By using all five senses when writing a paragraph, it allows you to convey and tweak the images based on revealed and implied information.

Let’s take the image of the hot apple pie and expound on it by feeding the reader’s mind some new details:

Smell
As Callie opened the door to Bonnie’s Bakery, the pungent odor of burnt cinnamon and granny smith apples mixed with propane stung her nose.

Hear
The coughs, wheezes, and screams that replaced the normal chatter of the early morning regulars caused Callie to stop momentarily just inside the door.

See
She took a step forward, but clouds of smoke blinded her causing her to slip on deep-dish pie guts and land face first in a pile of hot, sweet mush.

Taste
She recognized the bitter residue of the charred phyllo dough that coated her tongue. But she couldn’t quite identify the savory flavor of the other scorched and crunchy morsel as she bit down on it and chewed.

Feel
Her stomach seized, pushing a river of vomit up her throat, when she heard the woman behind the counter scream, “My finger! My finger! Oh god, where’s my finger!”

Does that pie still look enticing to you? If not, then I did my job as a writer, creating an alternate scene with real and implied information by using all five senses.

If you still want that pie, then your problem is not your writing!

Here’s a little exercise to help your writing move away from the obvious and into the unexpected:

When you begin to incorporate the five senses in your writing, you will discover that your story will magically go from a verbal diamond in the rough to a multi-faceted gem that people won’t want to put down.

Now let’s go get that piece of pie! 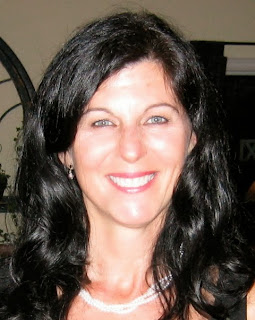 Kathryn Dionne, the author of The Eleventh Hour trilogy and Derek The Fireless Dragon, lives in Southern California with her husband, Jeff, and their two Shar Peis, Bogey and Gracie.

From an early age, Kathryn’s love of treasure hunting sparked an interest in archaeology. As an amateur archaeologist, she’s been fortunate enough to uncover some very unique artifacts in different parts of the globe. However, she’s still searching for that very special scroll.

In addition to writing, she manages their five-acre property and their grove of Italian olive trees. Her husband has lovingly named their business; Saint Kathryn’s Olive Oil.

In her spare time, she makes cookie jars and throws pottery in her studio. She also creates mosaics from discarded objects and sells them under the category of Found Art.

She is currently writing a new series called, Chasing Time, which she hopes to have published some time in 2013.

BOOK I: The Eleventh Hour: The Enlightened Ones

"...and from these fibers shall emerge the next immaculate conceptions."

When archaeologist, Sophia Conrad, uncovers an ancient scroll hidden deep in the Judaean hills, a force greater than her conscience compels her to steal it. As she begins to translate the writings she realizes three very important facts. This is a book of prophecy foretelling the end times; it is the personal diary of Jesus; and she has been chosen to save mankind from the next cataclysmic event. But when she discovers a small piece of fabric tucked inside the scroll, she and her husband David, a geneticist, are propelled into a life of science, secrecy and government conspiracy.

"...he who cometh next shall be the spirit and image of the Lamb of God."

The scroll forewarned David and Sophia about a cataclysmic event that would devastate mankind. So for thirty years they secretly prepared for what Jesus called The Day of Atonement. Now, as that day is upon them, they must do everything in their power to save the lives of seven very special men and get them to Old Beersheba before the Shift of the Ages can take place. But a weapon so evil, so insidious, yet so unassuming threatens their mission, their lives and the lives of all humanity. Who will get there first? The race is on!

"...if one emerges whose soul is as pure as mine, let him step forth. The salvation of all mankind depends on it."

One look at the eerie green swirls of light slithering across the night sky, and Sophia Conrad knows the prophecies foretold in the scrolls are true. The Shift of the Ages has begun. And no matter how many times they perform the ancient ritual, nothing seems to work. The Earth is slowing down, the magnetic fields are dropping, and time is running out. One look at the guns pointed at her heart, and Sophia knows that no matter what happens, her life is about to end... unless God grants them a miracle.