Sightseers is a British black comedy about an odd couple who go on a caravanning holiday on an anorak tour. I have to say that I didn't find it especially funny,that's not to say that I didn't enjoy it, but don't let the review blurbs fool you. It is amusing, but it's more creepy with a sense of humour than an outright comedy.

It does have quite a sinister aspect that draws you through the whole film, I also enjoyed how it didn't follow an obvious path through the story. In places it's a little sad and you're not quite sure which way the film is going to turn.

In some ways it reminded me of Natural Born Killers, but imagine the more over the top almost cartoonish nature of that film and then dowse it in British understatement and I think you get what we have here.

To sum up I liked the film, it achieves a lot with very little, it keeps you entertained all the way through. 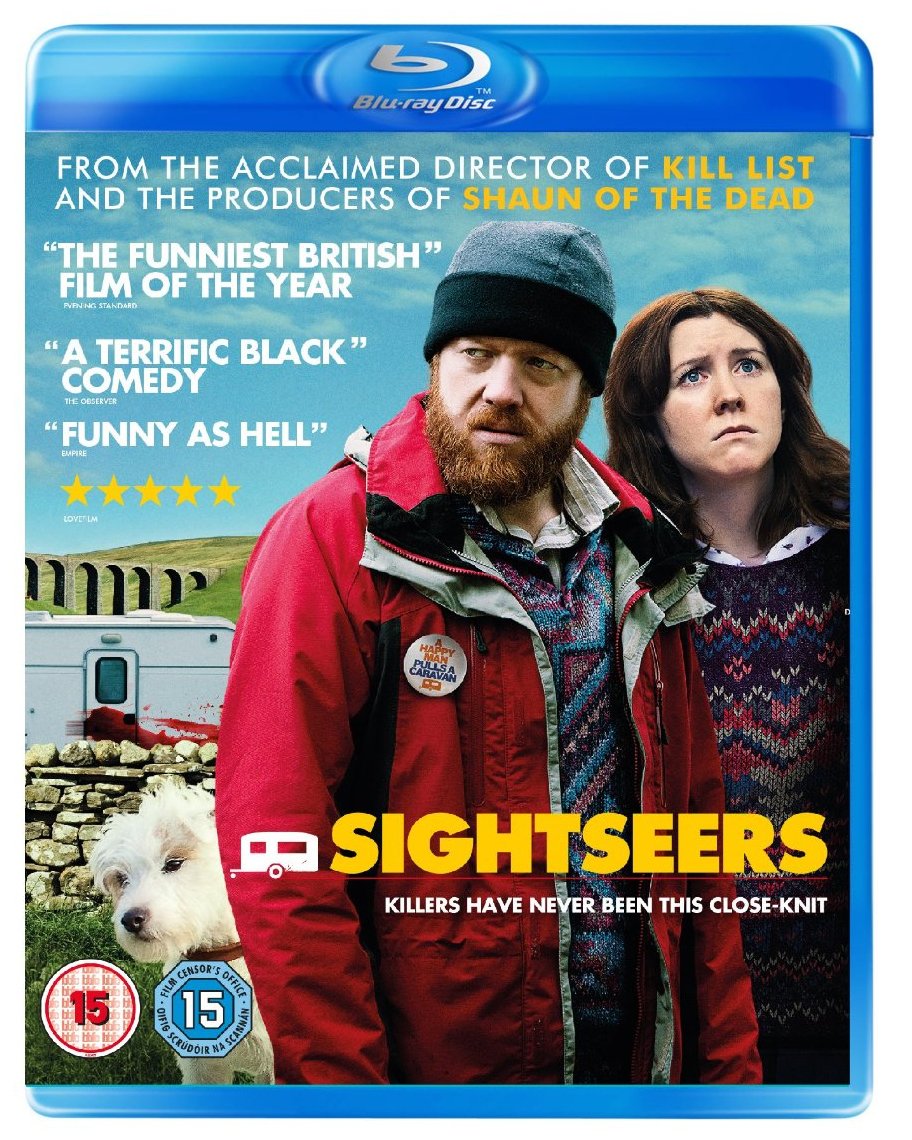 Chris (Steve Oram) wants to show Tina (Alice Lowe) his world and he wants to do it his way - on a journey through the British Isles in his beloved Abbey Oxford Caravan. Tina's led a sheltered life and there are things that Chris needs her to see - the Crich Tramway Museum, the Ribblehead Viaduct, the Keswick Pencil Museum and the rolling countryside that accompanies these wonders in his life. But it doesn't take long for the dream to fade.

Litterbugs, noisy teenagers and pre-booked caravan sites, not to mention Tina's meddling mother, soon conspire to shatter Chris's dreams and send him, and anyone who rubs him up the wrong way, over a very jagged edge...

Sightseers is available from Amazon

Follow my blog with Bloglovin
Posted by Michael Brookes at 21:27