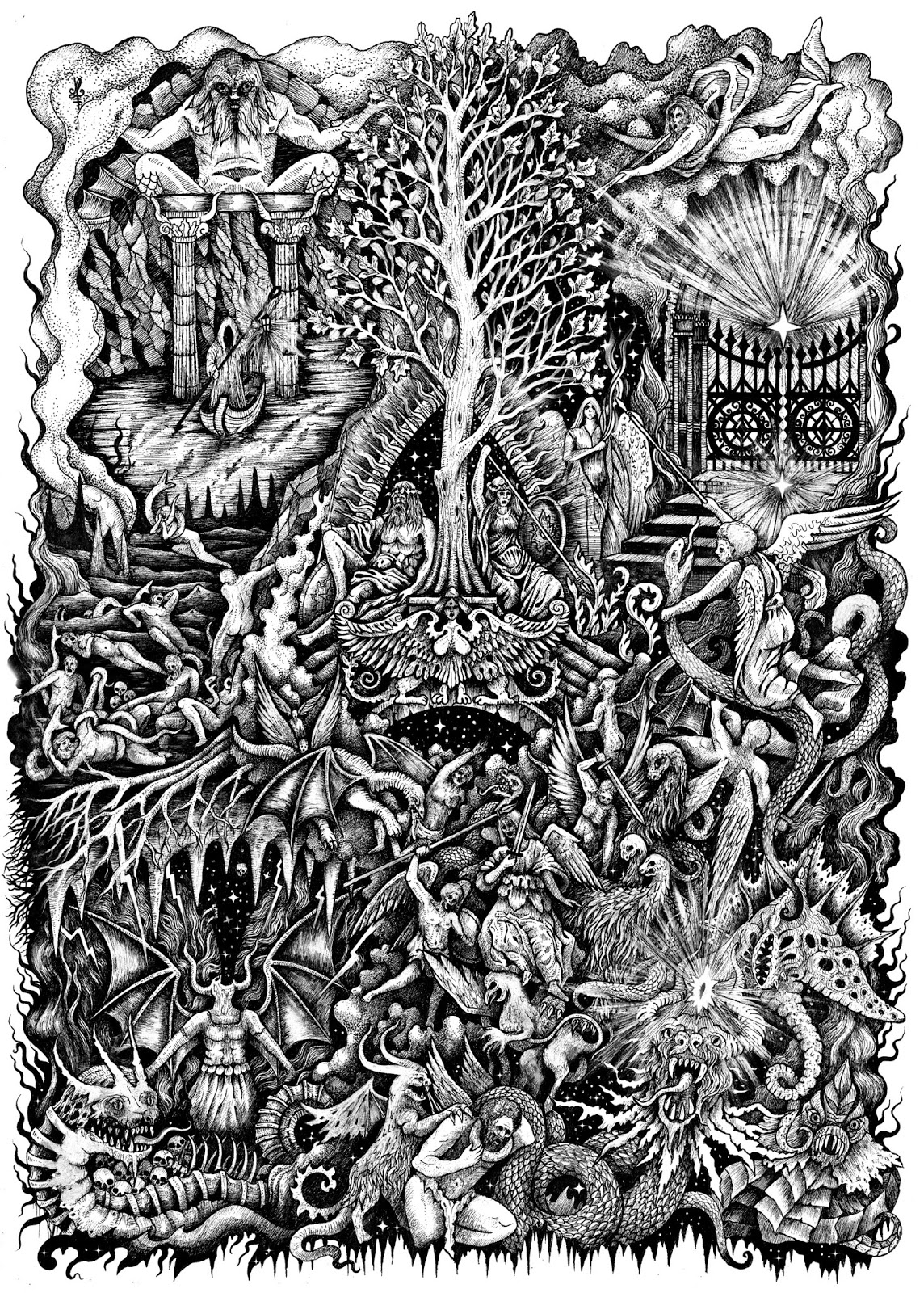 Thanks to the wonderfully talented Luciana Nedelea I have an image which previews the story of a book I have planned called 'The Space Inbetween'. I wouldn't normally post about a book that won't be written for at least another year but I'm so happy with the picture I couldn't help but share it!

The detail in the image is incredible and captures the flow of the story - I'm looking forward to writing it. I'm also hoping that it will become a new tattoo in the form of a back piece. That might take longer than writing the book :-)

Check out her other artwork here:

A while back I wrote a drabble that looks at one of the themes for the story:

There is a secret hidden deep inside the heart of the universe. A terrible reality which once challenged the power of the divine. In a war spanning our universe and beyond the elder beings almost destroyed everything that was and what might yet come to be.
Those who survived imprisoned the horror inside a maze of nothingness. Only the complex space in between could contain their impossible forms. Their presence creates quantum chaos to what was once mathematical precision.
No faith alone can unlock their prison, but science has the key.
The elder ones await our discoveries with keen hunger.